FILL OUT A FREE
CASE EVALUATION
FREE CONSULTATION 210-930-7000
×
Due to social distancing guidelines, all consultations are conducted by phone or teleconference, like Zoom, and all paperwork is handled by email or fax.

Use A Tax Refund To Buy A Cash Car? 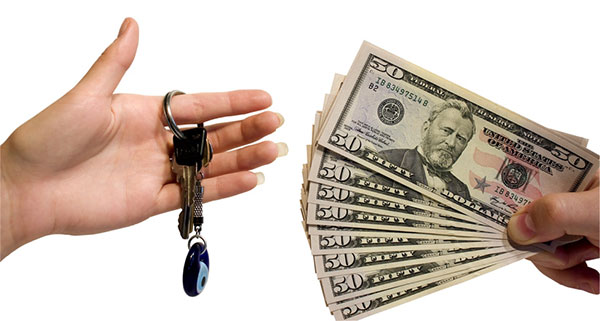 I had a consultation with a couple that was running out of cash flow each month before they got to their $640/month truck payment. They were having to “rob Peter to pay Paul,” to stay current on the truck payment, and it looked like they couldn’t do that any longer.

They were waiting for their tax refund, which was going to enable them to hurry up and file a Chapter 7 bankruptcy. About 2 weeks before we were going to file their Chapter 7 case, they called me to ask if they should make their truck payment.

Next, I suggested that they consider using the balance of their large tax refund to buy a cash car. It would eliminate the $640/month truck payment, and it would allow them to live within their current income.

The husband was turned off by that idea – “We all fit into my truck, and I want to keep it.”

I pointed out that you want to look at all of your options, including ones you don’t think you’d like, then pick the one that’s best to you.

Let’s say you file a Chapter 7 bankruptcy, then sign a reaffirmation agreement to keep your truck that you are having trouble paying. By signing the reaffirmation agreement, you are saying that you want to keep the truck and treat it as if you had not filed bankruptcy with respect to that debt. You are stating that you want to be liable on that loan, and that the loan does not present a financial hardship for you to pay it. (FYI – If you are down on payments, then the bankruptcy court will find that the loan is a financial hardship for you.)

If the truck gets repossessed a few months after your Chapter 7 is over, then you will have a repo deficiency balance, and then you back in debt over your head.

A “bad” outcome would be to let the truck you can’t afford go back to the lender in the context of your bankruptcy case, and then you buy a cash car with your tax refund.

A “worse” outcome would be to sign the reaffirmation agreement to keep the truck you can’t afford, then use tax refund money to get current on the truck loan, then have that vehicle repossessed a few months later after your case is over. At that point, you have no vehicle, no cash savings to buy a cash car, you have a repossession deficiency balance that you cannot afford to pay, and you can be sued over it.

Will I Qualify For Chapter 7 Bankruptcy?

Here’s the “Easy” button: For the typical person that I see in a debt consultation, the determining factors for qualification for a Chapter 7 bankruptcy are the person’s income and expenses. Keep in mind, it’s like looking at an elephant…

Factors That Determine The Appropriate Income To Compare To Median Income

One factor in determining if you qualify for Chapter 7 is to compare your previous six months of income to median income for people in Texas, based on the household size. Although you can be above median income and still…

Most people that file bankruptcy file under Chapter 7, which is the form of bankruptcy where there is no monthly payment to a trustee. Chapter 7 has numerous advantages over Chapter 13. Here are the key advantages: Chapter 7 Bankruptcy…

The information on this website is for general information purposes only. Nothing on this site should be taken as
legal advice for any individual case or situation. This information is not intended to create, and receipt or viewing
does not constitute, an attorney-client relationship.
We are a debt relief agency. We help people file for bankruptcy relief under the Bankruptcy Code.